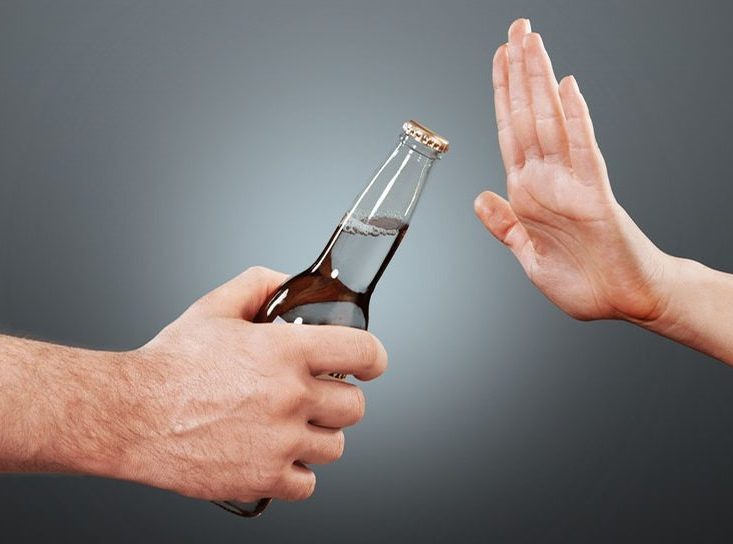 What is Alcoholism Addiction Treatment?

More than 7 percent of adults have an alcohol use disorder. These adults drink too much, too often, and in ways that harm their health, their happiness, and their

relationships. An intervention, in which the family outlines alcohol’s consequences, can push these people to enter treatment programs. Once there, counseling sessions, relapse prevention coaching, and support group work can help to support recovery. Relapse rates for alcohol fall within the 40-60 percent range, so people often need to stick with aftercare for the rest of life.

At the end of a long workday, when the air is cool and the sun starts to set, many adults click beer can tabs, pop wine corks, and crack open hard liquor bottles. It’s happy hour, when it’s permissible to sip alcohol, and more than half of adults partake of these alcoholic beverages, according to research.

For some, one drink during happy hour is plenty. These adults can take a sip of alcohol, and then stop drinking for the day. But there are some people who just can’t stop with a sip. These people might have an alcohol use disorder.

When alcohol becomes an obsession, it can be hard to focus on life’s daily pleasures. But with the help of a treatment program and ongoing support, even deep-set cases of alcoholism can be addressed, amended, and resolved. 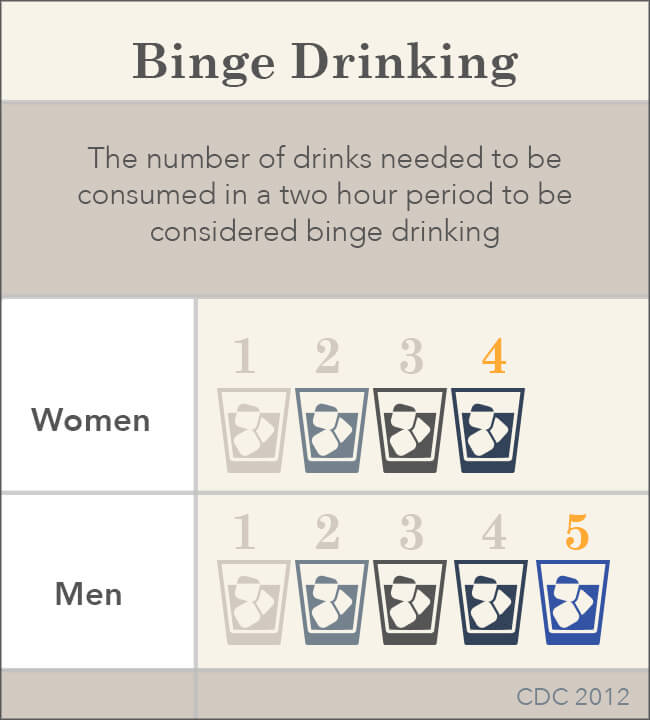 Seeing the Signs of Alcohol Abuse

In most parts of the world, alcohol is legal for adults to both purchase and consume. As a result, beverages that contain alcohol are available almost everywhere, and clearly, many adults partake.

Since use is so common, it might seem hard to determine who is drinking alcohol in an appropriate manner and who is drinking in a manner that could lead to alcohol abuse or alcoholism. Experts suggest there are key signs to look for.

Binge drinking is one such sign. This type of drinking, as defined by the Centers for Disease Control and Prevention, involves consuming alcohol with the intention of getting drunk.

This type of alcohol abuse pattern is easy to spot. These are people who sit down and attempt to down a great deal of alcohol at the same time. There’s intent to this drinking that is hard to hide.

But this isn’t the only type of alcohol abuse out there. People may also abuse alcohol if they:

These are all very different drinking patterns, but they have one thing in common. People who drink like this have lost some modicum of control over their consumption. The beverages drive their behaviors. It can seem like a subtle distinction, but it’s an important one to understand, as people who don’t amend troublesome drinking behaviors can become people who have symptoms of alcoholism.

Difficult drinking patterns can shift electrical activities within the brain, and when that happens, people might have little to no control over how they drink or when they drink.

When the use moves from troublesome to compulsive, an addiction may be in play.

Signs of alcoholism, according to the National Council on Alcoholism and Drug Dependence (NCADD), can include:

People with alcoholism may share some or all of these characteristics with one another.

Should they meet, they would probably have a lot to discuss with one another, but that doesn’t mean that all people with alcoholism are the same. In fact, research from the National Institutes of Health suggests that there are five specific alcoholism subtypes.

What are the Causes

It’s rare for people with alcoholism to strive for that diagnosis. No one grows up wanting to struggle with alcohol for the rest of life. But alcoholism can be sneaky, creeping into life in ways that are subtle and that can pass by unnoticed.Â For some, alcoholism begins with peer pressure. These people just don’t intend to start drinking, and they may not begin life even enjoying alcohol, but their peers prompt and poke them to drink alcohol. In time, as they comply with these requests from peers, they lose the ability to control how and when they drink. 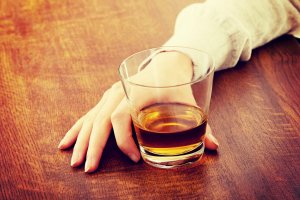 For others, alcoholism comes about due to the influence of a mental illness. People like this might start using alcohol as a DIY remedy for a mental health concern like depression or anxiety. In the beginning, the drinks may seem to keep the symptoms of illness under control. But in time, the alcohol can augment the power of these illnesses.

Research from NIAAA also suggests that alcoholism can stem from genes. While the specific “alcoholism gene” hasn’t yet been identified, there are known genes that can boost the power of alcohol and reduce the impact of a hangover. People with these gene combinations may get a bigger high from drinking, and they may not feel ill or sick after a long day of drinking. Their bodies just seem primed for alcohol abuse, and that can make them more likely to develop alcoholism.

Parents may also inadvertently contribute to children’s alcohol problems, especially if they model bad drinking behaviors. Kids who grow up in homes with a great deal of drinking may come to see the behavior as normal. If their parents drink as a coping mechanism for stress or anxiety, kids may come to do the same. In this case, the genes aren’t at the root of the problem; it’s the behaviors parents model that causes concern.

When to Seek Help

An intervention is an excellent approach for people like this. The idea is to help the person to see the alcoholism as a problem and to help motivate that person to get help that can lead to drinking cessation. It sheds light, and it gives hope.

An intervention can be held in the immediate aftermath of a terrible alcoholism consequence. Those openings are easy to find. For example, research published in Addiction suggests that people who drink before heading out on the town are 2.5 times more likely to get in a fight while out, compared to people who don’t drink. When people come home from a night of drinking with bruises and cuts, an intervention may be in order, and it may be well received.

At the end of an intervention, the stage is set for entry into addiction treatment programs. There are many different options out there. Some facilities, for example, offer inpatient treatment for addiction. These programs allow people to step away from their day-to-day concerns and tackle an addiction around the clock, every single day. For some people, that tight focus is an ideal setup for healing. But outpatient centers can be ideal for those who want to stay at home, surrounded by family, while they work on addictions to alcohol. It’s a personal decision that families can make in consultation with the person who needs help.

These are just a few questions families often have, as they seek out care for someone they love: 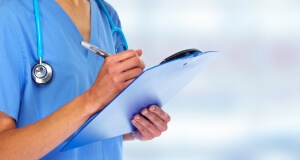 During alcoholism treatment, therapy teams provide lessons on relapse prevention. These lessons are designed to help people spot the people, places, and things that can drive them to return to drinking. With the help of these lessons, people can learn to both avoid and/or handle their triggers so they won’t pick up an alcoholic beverage when they’re under stress. NIAAA says a relapse typically follows a predictable path. The person in recovery is placed in a high-risk situation, and the person isn’t able to handle that situation effectively. That lack of effectiveness can prompt the person to feel somehow vulnerable or weak, and it can lead to a craving for alcohol. After a weak moment, people just begin to attribute life’s good things to alcohol. They then have a lapse and drink just a bit. In time, they start to drink more and more.There are two spots in this continuum that could benefit from relapse prevention techniques. People could learn to avoid the high-risk behavior altogether, or they could get intensive help during that first slip. Either technique could help people to avoid a full-blown return to alcoholism.

Since alcoholism is a chronic condition, people who have this diagnosis often need to focus on relapse prevention for the rest of life. But they don’t have to do that work inside the walls of a treatment community. They may get the help they need within the cities and states in which they live.

Support groups provide people with understanding peers and ongoing support, in church basements, community centers, and public facilities scattered all across the country. Here, people can come together to discuss addiction’s difficulties, and they can meet with other addicted people to gain support and insight. Alumni groups are similar, in that they link peers together to discuss addiction, but these groups contain people who all worked within the same facility for help.

A study in the Journal of Substance Abuse Treatment suggests that usage of these programs tends to decrease over time. At first, people want and need the help. As they grow more confident of their ability to handle challenges, they tap into these resources less frequently. They are, however, considered a vital part of the recovery process.

In the case of expectant mothers who drink, future healthcare costs double, now including both the mother and child. For example, a child born with fetal alcohol syndrome could require special schooling. Not only is this a personal and unnecessary family tragedy but also it stands to impact the social system financially in the form of healthcare and education for years.

With a U.S. economy inching laboriously back from recession with a flagging job market in tow, we should be sensitive to hidden costs of this “lifestyle choice.” In a perfect world, we would weigh the right to drink excessively against the $94.2 billion in tax dollars that we spend every year to pay the costs of alcoholism. We should weigh the collective choice against the 1.9 million public school teachers we could hire with that $94.2 billion — or the million public parks that money could build for communities across the country, or the million students we could put through school. And we’d think hard about what cultural shift could moderate this “lifestyle choice” before it becomes disease.

Alcoholism is certainly serious, but it’s also manageable. People with this condition can get the medical and psychological support they need to change their drinking patterns and their lives, and that work can start right now. By reaching out for care, people with alcoholism can get better.

Gladstones Clinic offers a residential detox and rehab programme for alcoholism that applies abstinence-based, integrative treatments and a non 12-step philosophy as part of our treatment model.

We work with alcoholics and their families on a daily basis in our residential rehab clinic. We have seen the damage done to everyone involved. We apply our years of experience with the latest integrative treatment models and therapies in our highly successful practice.

Gladstones operates two private residential rehab facilities in the South-West of England, and two in London. Our main office and facilities are located in central Bristol.

All Our clinics provide clients with a private room (en-suite) & full board included in the cost of their residential rehabilitation programme.